I can’t believe we’re already saying goodbye to 2012!  Yow! When I look back over the year, I try to stay focused on the positives, and there were plenty…

Over the summer, I signed with a super agent, Laurie McLean from Larson-Pomada, and she’s already sold some books for me!  Watch for the announcement soon…  Can’t wait to share the news!

My Street Team grew and moved to facebook!  They also named themselves the Night Angels and they are some of the coolest people on the planet!

If you enjoy promoting books and want to join the team, just send me an email and we’ll get you into the facebook group… 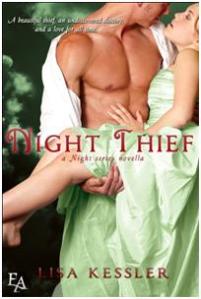 was recently released and has also been getting some attention!  I was super excited to see Kane & Rita’s story nominated for Best Novella of 2012 from GraveTells Book Reviews!!!  WOOT!!! 🙂

On a personal note, Reno graduated from high school and started in the Music Dept. at Point Loma Nazarene University this Fall, and Panda has an audition coming up in January to tour and skate with Disney on Ice!  WOOT!!!

So 2013 is already looking like an exciting year ahead. I’m writing full time now, and hoping to have LOTS of new releases to share with all of you…

Also keep your eye out for my new website!!!  YAY!!!  We should be unveiling it right after Jan. 1st.

Thanks so much for all your support this year!!! WordPress put together a year wrap-up for my blog and we had 14,000 new views this year!  YOW!!!

You guys are the BEST!

I've published short stories in print anthologies and magazines. My story, Immortal Beloved was a finalist for a Bram Stoker award and is currently a part of the Dead Souls anthology from Morrigan Books. My eBook short, Across the Veil, is now avilable in all eBook formats. My Night Series: Night Walker, Night Thief, Night Demon are available now from Entangled Publishing. NIght Child will be out in 2014. My new Moon Series will launch from Entangled EDGE in July 2013! I'm represented by Laurie McLean. Thanks for stopping by!
View all posts by Lisa Kessler →
This entry was posted in Uncategorized and tagged 2012, 2013, Calisto, dreams, goals, love story, new release, Night Series, Night Thief, night walker, paranormal romance, publishing news, vampire, writing. Bookmark the permalink.